Rating ? Well, yes. These are my subjective evaluations of these products, but the ratings are not random. First I start out with my rough rating on a piece of paper on a scale of 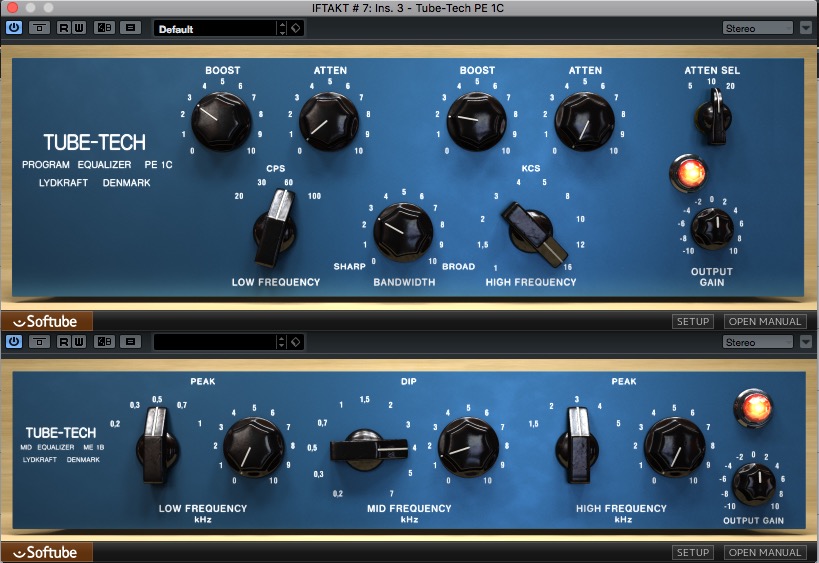 Rating ? Well, yes. These are my subjective evaluations of these products, but the ratings are not random. First I start out with my rough rating on a piece of paper on a scale of The scale roughly looks like this: Garbage Tier plug-in that almost always does more harm than good.

I also give this rating to things that should be part of the mixer. There might be a redeeming quality that is rarely useful, but mostly garbage tier or relatively useless. Mostly usable. Good with some unique feature, great GUI or other area of excellence.

I would pay for this at competitive market price. Why good man, thank you for asking! I already have a good idea of what I think about these plug-ins from hours of use already, but while writing this up I am constantly checking the manual, videos and using them. The overall rating is based how well the full package of Mixbus fulfills the needs of a musician, producer or recordist.

Very useful and cool. Ardour Team a-Amplifier A very simple gain plugin. Nothing more. That said, it is nice to have a trim plugin available. It supports Inline Scopes in the mixer with input and gain reduction displays. The overall sound is like your basic VCA style compressor. Values from ms, which are probably the most commonly used values, are a very small portion of the control. The other controls are fine. It can sync to tempo and it has a simple low-pass filter. Absolutely nothing exciting about this.

You have from 2 to 8 pole filter options with adjustable resonance. The filters sound decent enough and the inline scope makes it rather nice to use over third-party solutions. Absolutely fantastic plugin that makes working in the mixer fullscreen easier. Time is represented as a scrolling Y-axis.

Frequency is on the X axis, and amplitude at a given frequency is shown as a colour spectrum from green to red. In my testing only 8 lines could be shown at a time, and there is no way to scroll to previous data. This is still a very useful plugin in dense projects. It makes finding and identifying data much easier.

It sounds pretty awful most of the time. Lifeless on Vocals. Unnatural on guitars. This means you can do something like turn on record, walk down the hall to your instrument and clap your hands to start recording. I love this plugin. I wish every DAW had this. This is a paid collection of plugins. I spent a lot of time with GVerb, and I must say that it was an overall frustrating experience. It has a bit of a grainy sound to all settings, especially the early portion of the signal.

Pianos, guitars, choral parts and synthesizers it worked quite nicely on. Micro-Glide just adds a detuned and optionally delayed duplicate of the input signal to itself.

I have to say that I was skeptical at first, because with even moderate settings it sounds pretty awful soloed. Tiny amounts of Micro-Glide can be the difference between a thin out of place vocal and a well-set vocal with some beef to it.

Micro-glide is deceptively simple and deceptively valuable when you need it. I also would be wary of using it too frequently. For this I put it at a Dyno-mite is basically a very simple transient processor. It either compresses the attack of the signal or expands it. The rest of the signal is mostly left alone.

Dyno-Mite does do wonders for a flabby or boomy kick. As a valuable purchase in the current market though?

Not so much. The taps are freely placeable in time and in the stereo spectrum on a central graph with optional 16th note snapping or free movement. Oversampling seems to greatly increase the quality of sound when warping delay times live, to get that analog delay like delay pitch shifting.

The result is a true change in timbre of the instrument. The tracking is quite good and the results are generally fantastic. XT-BC offers you something very unique in the world of First-Party plugins and it can be a lifesaver. XT-DC allows you to split your drum signal in to 2 stages: These 2 stages can be independently processed with a 2 band EQ.

XT-DC is awesome. I have found myself using it all the time. The potential for extreme shaping and subtle shaping is there, with everything in between.

XT-DC is what a transient shaper should be. I will spare you any further explanation since they are otherwise identical. XT-VC is equally as valuable for vocals.

Truly a wonderful plugin. This is a rather destructive sound. The auto solo mode lets you hear the detection range while moving the filter boundaries, which is a great workflow enhancement. XT-DS sounds fantastic and is remarkably easy to setup in response to almost any sibilant source. It works amazing for taming splashy cymbals, cutting hi-hat splash from a snare mic, taming reverb sends, reducing string noise on acoustic guitars and more. The main graph shows the input signal as a green line, with the red line showing the gain changes.

While the threshold knob does correspond to the input meter next to it, it would be nice if the main graph also showed the threshold. There is an optional sidechain filter as well for quick filtering of the signal being used for detection.

Notably it works rather well on percussive material when using the lookahead settings and proper hysteresis adjustment. This is something that some vanilla gate plugins somehow managet to get wrong, as they still touch your transient despite a very fast attack and lookahead.

Overall XT-EG is a good plug-in for what it does. XT-EQ is basically a band non-parametric graphic equalizer. Quite honestly, I see no benefit of this plug-in over dozens of other parametric equalizers that offer similar EQ curves. Once again, I see very little value for this plugin on the current market. I appreciate the time put in to developing this and the desire to model a Harrison product with similar capability, but the practical usefulness of this particular plugin does not impress me.

Try it for yourself though! This is very unfortunate since the attack and release times for various bands often need to vary, particularly to skew towards faster for higher frequency bands. XT-MC is rather easy to work with and does offer good results though.

Based on that, I would likely rate this as a A threshold, ratio, knee and make-up gain. Deceptively simple and yet very useful. Many compressor designs have an issue where, unfortunately, physics disallow us from knowing what is going to happen in the future.

They make the promo sound like the Harrison has a unique and . I already have over 10 EQ and 10 compressor plug ins from Waves and. Originally best known for their large-format mixing consoles, Harrison have been a range of inexpensive cross-platform plug-ins under the AVA sub-brand. KVR Audio News: Harrison has updated all three AVA plugins to version AVA Mastering EQ: The AVA Mastering EQ’s RTA has 3 display.